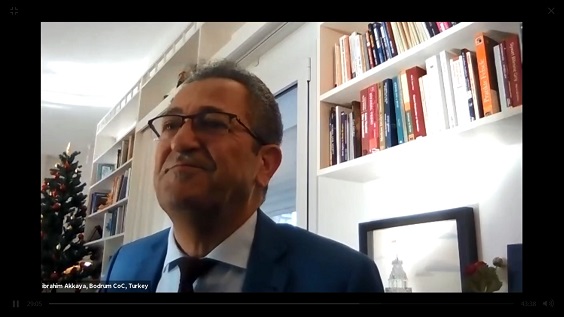 WE DISCUSSED THE FILM INDUSTRY IN THE INTERNATIONAL ARENA
Dear Memebers,

Thursday, January 28, a meeting of presidents was held with the organization of the Indian Business Group Chamber of Commerce (IBG). Bodrum Chamber of Commerce Deputy Chairman Ibrahim Akkaya, Member of the Board Arif Ceylan Sati and Member of the Assembly Ali Riza Akdolu also attended the meeting through zoom. The meeting was attended by 17 Chambers of Commerce from different countries such as Turkey, India, Afghanistan, Singapore, Tanzania, Uganda, Indonesia, Iraq, Russia, Nepal, Poland, Philippines.

At the meeting, the Indian Film industry was raised and the business potential provided by this sector was discussed. India made a presentation on this issue, noting that if there are enough film studios in other countries, they want to cooperate on this issue, and this sector also supports tourism in a positive sense.

Ibrahim Akkaya, taking a speech at the meeting, noted that the presentation on the effects of the film sector on tourism is very useful and pointed out that the film sector can greatly improve tourism. Through films, tourism, gastronomy, jewelry, real estate, etc. Akkaya, who stated that promotions can be made in areas, stressed that the region has the ability to manage it if there is an interest in Bodrum.