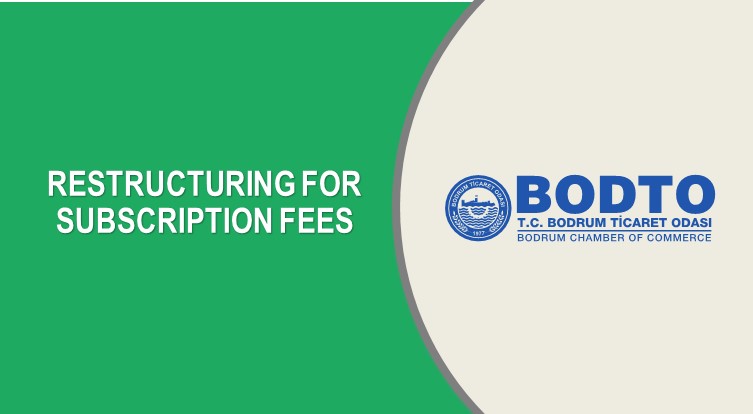 According to the new published law no. 7020, the members who are going to go into restructuring, as of 31/03/2017 (including this date), it has not been paid up to the date published by this Law even though it should be paid; The collection of interest payments, such as unpaid interest, delay interest, and late payment, which are paid to the members of the room where the chamber members have partially or fully paid their debts to the chamber, are canceled.

Those who restructured their debts under the Law No. 6736 and those who applied for restructuring are not given the opportunity to benefit from the restructuring provisions introduced by Law No. 7020.

The first installment of the debts structured by this new Law No. 7020 shall be applied until the end of the third month following the date on which this Act enters into force (31/08/2017); In the case of a lagged monthly period and monthly payments of a maximum of six equal installments, Such as interest, delay interest, default interest, etc. applied to these debts will be waived.

Those who do not want to pay in installments can benefit from the provision of this law by depositing the full amount of the contribution fee until the end of the first installment payment period (31/08/2017), provided that they indicate in the application petitions.

To take advantage of the restructuring; It is compulsory for our members to file a petition by July 31, 2017.